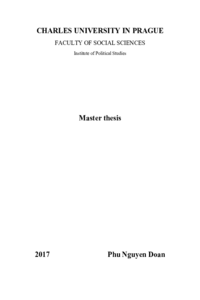 The thesis seeks to examine the development of the US-Japan, US-South Korea, and US- Australia alliances, during the implementation of the rebalance to Asia policy under the Obama administration. It discusses the application of three major international relations theories, realism, liberalism, and constructivism, in studying the causes and effects that resulted in different outcomes across the three dyads, from security, economic, and cultural perspectives. To establish a causal relationship, the thesis employs a qualitative case study method, controlled comparison, to test the theories and identify the factors that play a decisive role in determining the differences. It then concludes that between the three alliances, it was the rational choice of policymakers, focused on state survival and economic interests, that influenced state behaviour in cross-border relationships. The US alliances in Asia-Pacific have been operating mainly on pragmatic foundations and principles, to serve strategic purposes, and have little to do with normative, ideational factors. Keywords Asia-Pacific, alliance, economic interdependence, foreign policy, hegemony, national identity, rebalance, security threat