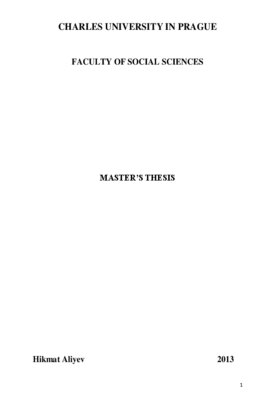 The research scope of the given thesis is the impact of the Social Security and Tax systems on the income distribution among population in the Republic of Azerbaijan. The study is constructed on the comparative analysis of the changes in taxes, social benefits and income among different groups of the local population. The findings of the thesis propose that while reforms in social security system may stimulate positive impact on the reduction of the gap in income distribution, tax security system in Azerbaijan does not have distributive power. Consequently, in comparison with tax reduction, an increase in social benefits is proposed as a policy with higher efficiency for the Azerbaijan. Furthermore, the analysis established that initially large gap in income distribution between older and younger families may gradually be decreased as a result of policy implementations in the social security system in Azerbaijan. Another important idea developed in the given work is possibility of applying innovative investment-based social security system in Azerbaijan.