"The 'new right' The English Defence League and PEGIDA"

"The 'new right' The English Defence League and PEGIDA" 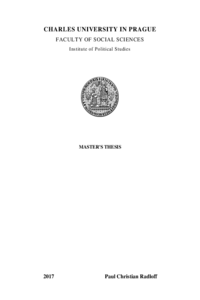 This thesis is aimed at analysing key similarities and differences of the Englsih Defence League and the German-born social movement PEGIDA. Whereas both movements have a common goal, to stop the perceived Islamisation of their respective countries, and Europe as a whole, the means and methods vary greatly. Moreover, it is argued that the followership of said organisations differ in age, social background and motivation. Both organisations are able to exert a certain amount of influence on their supporters, the rest of the society, as well as policy- makers and the political elite. Both organisations have influenced the societal and political climate of their respective countries of origin and also in the countries in the European neighbourhood with links to individuals and organisations in North America.