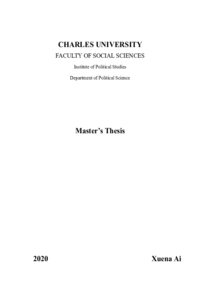 Since Trump came to power, American diplomatic style has changed significantly, especially concerning China's strategy. With the background of the economic, political and diplomatic gap between China and America narrowing. Although Trump continues the previous government's 'Asia-Pacific rebalancing' strategy to some extent, he shows his unique style and is more realistic. At the same time, Trump's government's efforts to restructure Sino-U. S. relations are constrained by many factors. With the development and change of political and economic situations, new adjustments will be made to the U.S. policy towards China, and the development of Sino-U.S. relations will retain great plasticity. However, the right way for Sino-U.S. relations to go is to build a win-win relationship with benign competition. First of all, the development content of the U.S.'s China policy is considered. Second, the reasons for Trump's adjustment of China policy is explained. Then, an analysis of the impact of Trump's China policy proves that this series of competition has more negative than positive impacts. Finally, some measures and methods to enable the Trump administration to improve the foreign policy toward China, also the healthy development trends of China and the U.S. are proposed.