Freeing The Resource Curse; The Economics of Natural Resource and Black Gold in sub-Saharan Africa 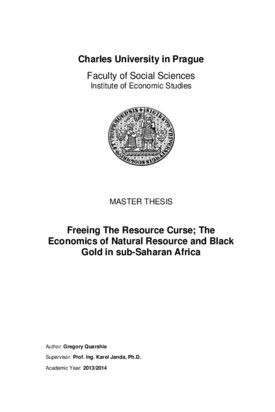