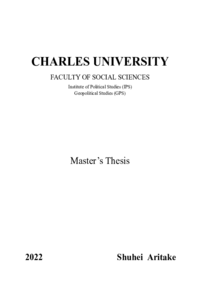 Despite the worsening security situation in East Asia, in 2020, Japan suddenly and abruptly canceled the deployment of the Aegis Ashore missile defense system. Why is that? I argue that neither the often-cited neorealist theory nor the official government explanation well define the reasons that lead to the cancellation. Instead, I build on the neoclassical realist paradigm and illustrate three key components that led to this abrupt political change: ShinzoAbe's leadership, changes in domestic political decision-making process, and the role of external actors (US and China). The research found out that personal and politico-cultural factors play essential roles in Japanese decision-making in addition to systemic pressures. The relationship with China also had played a vital role in making security policy. The combination of individual, domestic and systemic factors provide a holistic picture of how and why such a decision has transpired. Keywords Japan, Ballistic Missile Defense (BMD), Aegis Ashore, neo-realism, Neoclassical realism Range of Thesis: 55 Pages, 13 476 words, 87 798 characters