Challenges to the Weberian state: hybrid state and non-state actors in Iraq 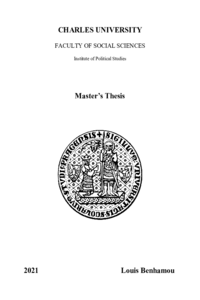 This thesis examines the relationship between the Popular Mobilization Forces and the state in post-conflict Iraq. It critically assesses their link as mutually exploitative and derives back their agency to both actors. The concept of hybridity, to characterise a behaviour that is simultaneously cooperative and competitive, is applied to both terms of the dyad. Overcoming the Western conception of the state, the research offers to consider the Iraq as a post- Weberian system where hybrid state and non-state actors collaborate to offer an alternative political order.