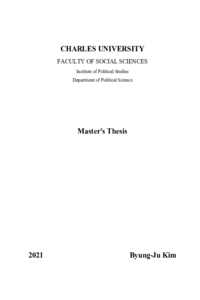 Despite the Korean public and China's opposition, Terminal High Altitude Area Defence (THAAD) was deployed in South Korea in 2017. The U.S. government and the South Korean government claim that the THAAD installation is only for the safety of South Korea and the Korean Peninsula. However, the study questioned the claim, assuming that there may be another reason behind the deployment of THAAD regarding the U.S. pursuing its interests in the U.S. - China hegemonic race. The study uses Olganski's power transition theory to analyze the current situation and to find out the correlation between THAAD and U.S. - China hegemony. According to the analysis, China still seems to be far from catching up with the U.S., but in some areas it is quite difficult to determine any states' absolute level of competitiveness, and China even has an upper hand in trade. In this situation, China is dissatisfied with the U.S.-led international order, and the possibility of a power transition rises. Therefore, the paper attempts to verify that the deployment of THAAD missiles on the Korean Peninsula, which greatly helps the U.S. MD(Missile Defense) system, was a strategic choice for the U.S. to hinder China's growth.