Stellar mass-loss in the dynamics of galaxies 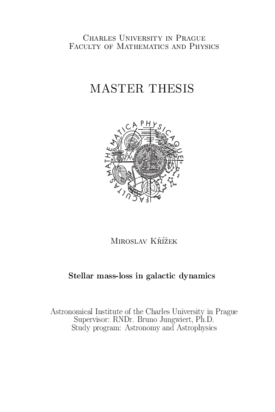 We present an implementation of the statistical approach to the stars-gas mass exchange cycle into an N-body code. First, we summarize available data on stellar mass-loss and derive the time-dependency of the mass-loss rate of a single stellar population. Since the adopted probabilistic scheme that served as a basis for our implementation was limited to the linear star formation law while observations seem to suggest a non-linearity, we derive the non-linear star formation scheme. Both sides of the mass exchange cycle are then implemented into the code with stellar and gaseous particles and compared with an analytic recipe to test their reliability. In the next step, the comparison of such an extended statistical approach with deterministic scheme is performed for a fully dynamical model. The aim of the comparison is to explore divergence between both models of dierent natures. As an illustration of the code application and sensitivity of the resulting galaxy disk dynamics, several comparisons with varying the key parameters are performed.