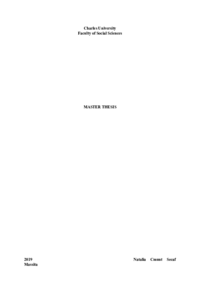 In the past decade, the political world has seen a shift on the global institutions strategies on the fight against terrorism. The aftermath of the 9/11 launched an unprecedented fear over terrorist organizations and demanded immediate actions from global leaders. In this scenario, the cooperation among global institutions became necessary in order to formulate political strategies for counter-terrorism actions. Therefore, this research explores how the EU and ASEAN formulate their policies in the fight against terrorism with a main focus on the comparative analysis between these two organizations. The thesis will aim to analyze the legal and the organizational structure in order to understand the main gaps and the developments that EU and ASEAN acquired by their counter-terrorism measures. Structurally, first some historical background on terrorism and on the agenda of the institutions will be provided in order to give some basic knowledge on the matter. Second, the author will describe the efforts fulfilled by the counter-terrorism agenda and finally, a comparative analysis will be conducted for a broader understanding of the policies to fight terrorist groups.